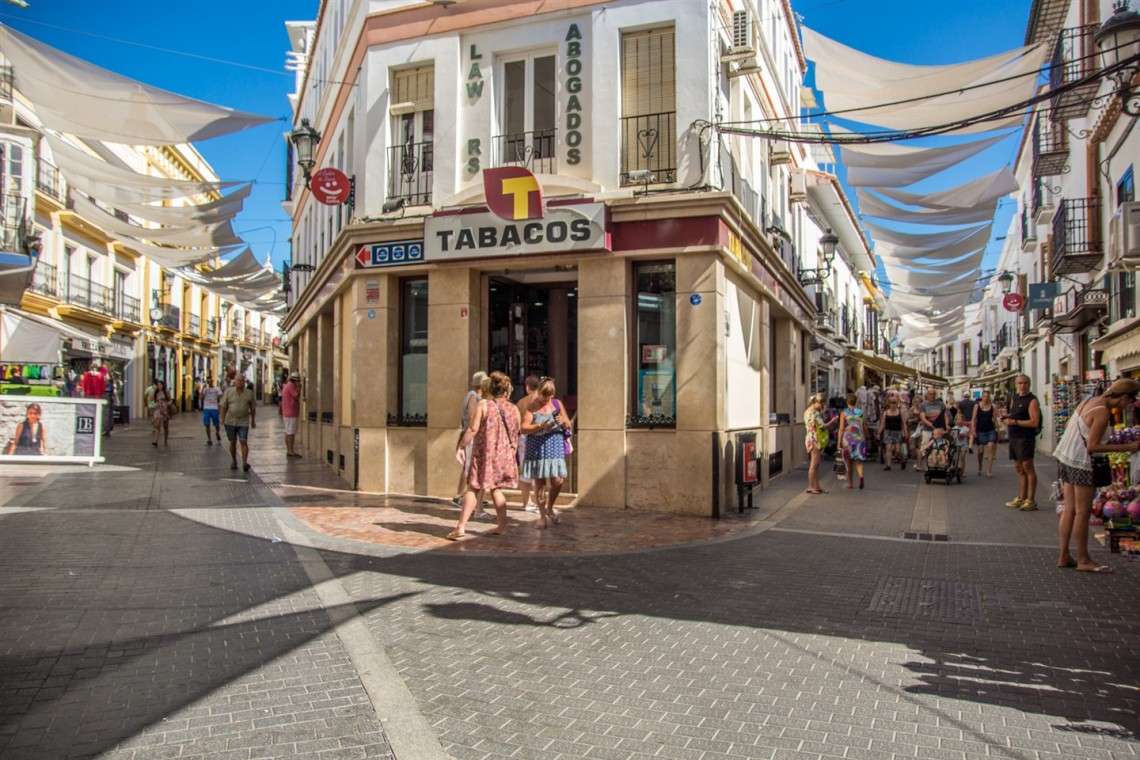 On our last “real” morning in Spain (the next day would only be a travel day back to London), our day began with a little misadventure at the bus station in Málaga. If you remember from Friday’s post, the whole point of staying in Málaga was so we’d be in close proximity to Nerja, a town on the Costa del Sol with some of the prettiest beaches in Spain. We just had to figure out how to get there.

Our plan was to buy three return tickets to Nerja on the bus leaving at 10am, but when we arrived at the station, we realized it wouldn’t be as easy to do that as we thought. The other bus stations we’d navigated and bought tickets from on our trip were tiny little things, but Málaga’s station is much, much bigger with so many kiosks that I wasn’t at all sure where we were supposed to buy our tickets. It took us so long to find the correct kiosk, and of course the one we needed would have the longest queue, that we missed the 10am bus and had to wait an hour and a half for the next one to arrive. (In case you’re wondering – it’s the Alsa bus that will get you to Nerja from Málaga!) Luckily, we were on a direct bus, so we made it to Nerja at 1pm on the dot. Would it have been easier just to stay and enjoy Málaga’s beaches again for the day? Sure.

Pretty incredible, isn’t it? A series of sandy coves surrounded by the Sierra de Almijara mountains and gorgeous turquoise waters – Nerja is a gem! Albeit, a not-so-hidden one. From other accounts of Nerja I’d read, I was expecting something a little more secluded, but Nerja in the busy season is about as secluded as Cancun on spring break. (Minus the drunken parties, but still with plenty of topless ladies – don’t look too close at the people in these pictures!)

The weather couldn’t have been any more perfect – blue skies and barely a cloud in sight. Actually, that was our entire Spain vacation. Four cities and nothing but sunshine for all five days of our trip. We don’t get forecasts like that in London.

We started by trying to find an open spot on the beach to take up residence for the next few hours, but the task proved more daunting than we first expected. Not only that, because we were arriving so late, there were no longer any open umbrellas or sun-beds to rent. Beginning to feel a little frazzled and our day had only just begun, I happened to look down from where we were standing. Below us was a collection of craggy rocks rising out of the water with beaches that looked a lot more isolated behind them. We decided to check it out.

Where to stay within the beautiful coastal town of Nerja….. Nerja Centro

If you have never visited this... Read more

For those who want to explore... Read more

BrianUnExt on Where to stay within the beautiful coastal town of Nerja….. Nerja Centro

say thanks to so much for your site it helps a lot.

AffiliateLabz on Where to stay within the beautiful coastal town of Nerja….. Nerja Centro